Chef Piño Moureau Bio:
I was born in Santa Cruz de Tenerife, in the Canary Islands.

Starting at a very early age, my Mother taught me many recipes from her ancestors, giving me a lifelong interest in the culinary arts.

When I went into obligatory military service in the Spanish army, I ended up in the Cavalry. Every month, my base hosted a party, serving a massive paella for all the civilians and troops. One day the Colonel told me, “You’d better learn how to make paella, because the private who cooks them is going to be released from service and you’ll be in charge.”

With this order, I perfected my craft on and off the base over the next several years.

After I returned to civilian life in 1989, I have been cooking paellas all over the world, for friends, family and clients. Cooking from scratch with the very freshest ingredients has been my passion and my pleasure. 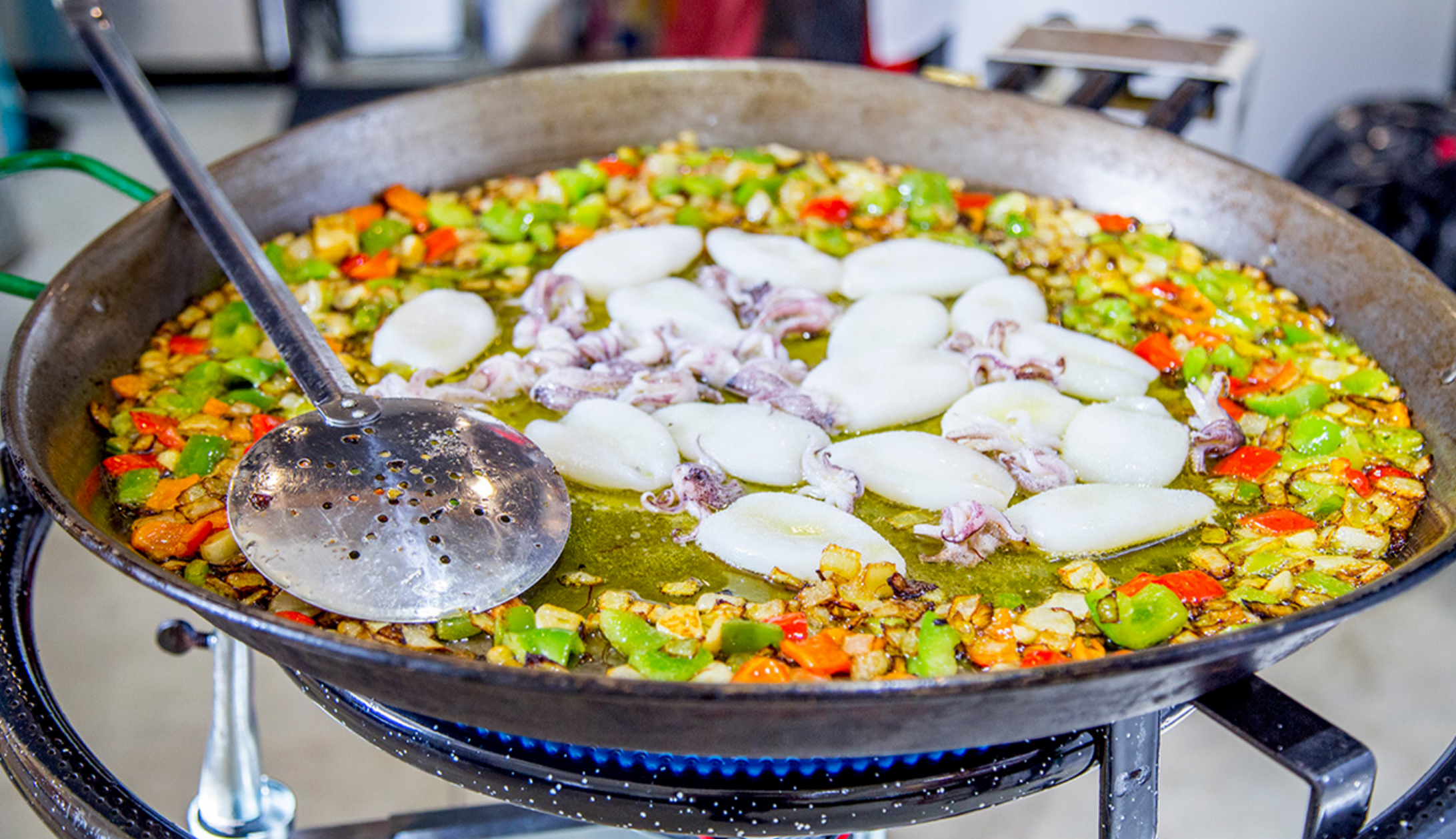